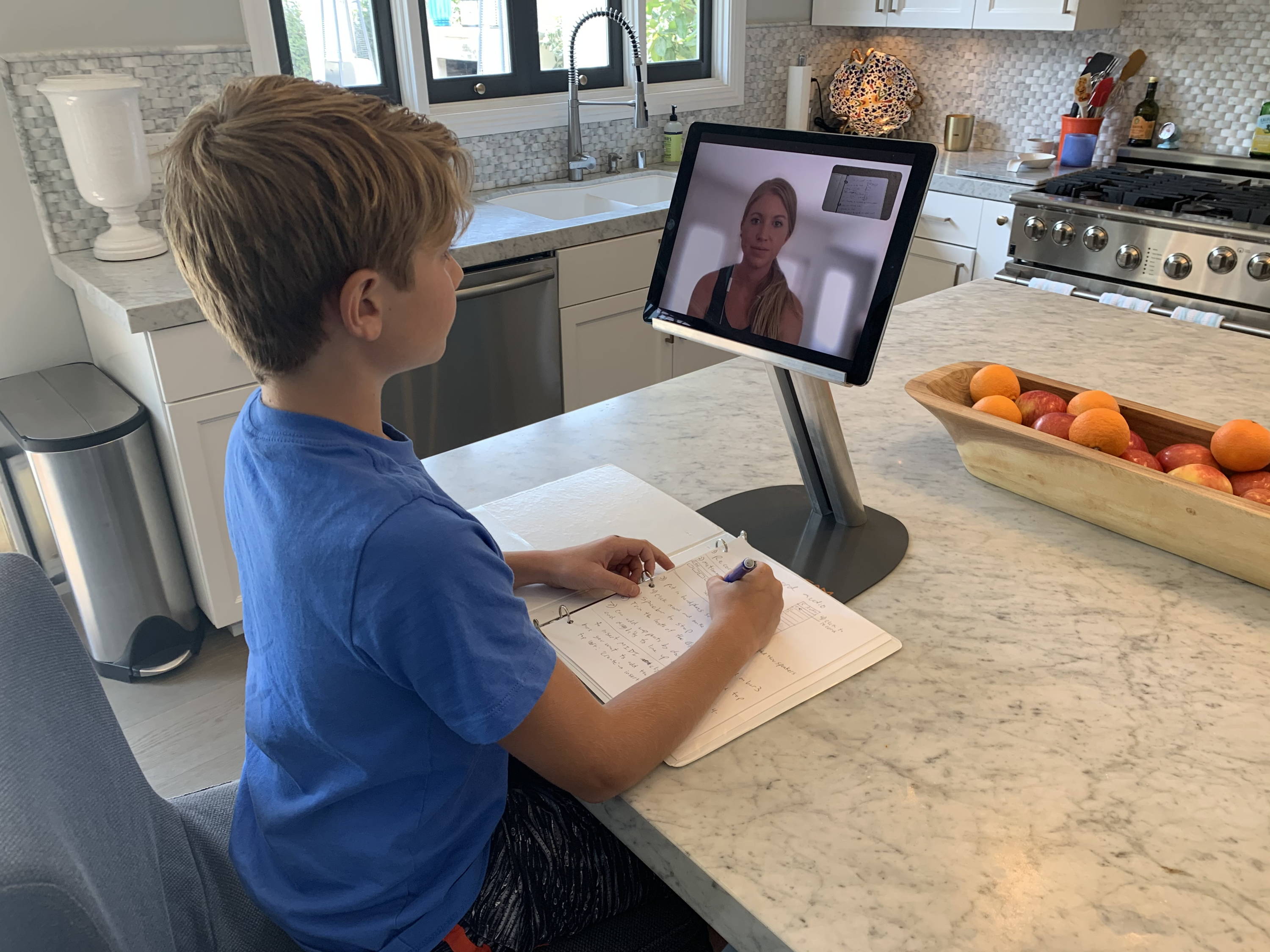 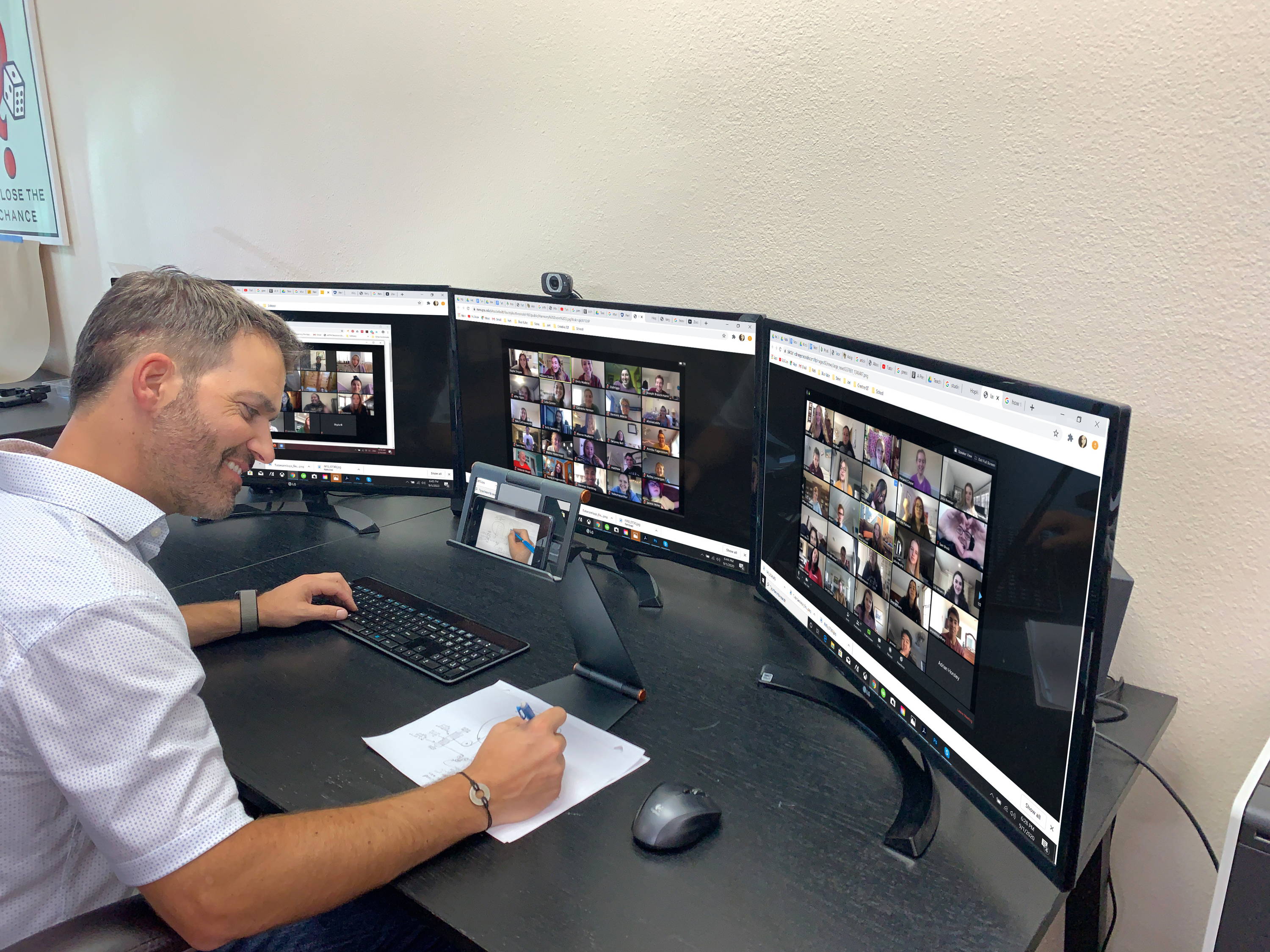 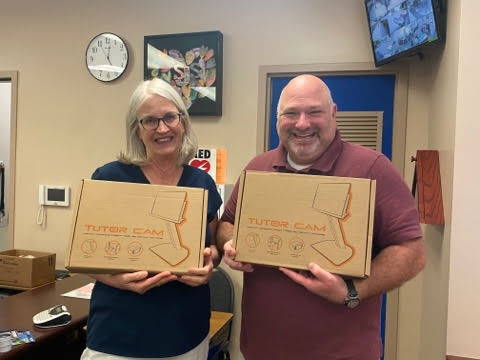 Californian dad and inventor, Brandon Kennington, can recall the exact moment the idea for his transformative SideVia Pro and SideVia was born.

Brandon was home with his son Hayden, 12, and daughter Alexa, 10, in March earlier this year after the COVID-19 pandemic suddenly forced schools, colleges, and businesses to close around the world and adapt to video conferencing.

Teachers and parents, including Brandon and his wife Julie, were keen to ensure kids received the best possible education with remote learning via Google Meet, Zoom and other services.

“As a parent I felt obligated to ensure they did not fall behind,” Brandon, a Purdue University Bachelor of Science mechanical engineering graduate, said.

He offered to provide extra math classes via Google Meet to students at his kids’ school.

“I told the kids, ‘Hey, we are going to do a math session every day on Mondays through to Thursdays so if anyone wants to join please feel free’,” Brandon, who has created a long list of successful inventions including Flexline Fitness equipment and the Porch Potty for dogs, recalled.

His gesture was noble, but in his first class he encountered a dilemma.

It was an obstacle faced by teachers, university lecturers, music instructors and other educators also attempting to maintain classes via live video conferencing.

Brandon needed to visually demonstrate how to solve math problems, but the cameras in his video sessions were only focused on his face and his students’ faces.

He needed a second camera to broadcast the pen and paper he had in front of him as he demonstrated live how to work out a math problem.

Brandon also wanted to see the students’ workbooks as they worked through math problems.

During the class he came up with a quick solution.

“I grabbed my phone and used it as a kind of document camera and broadcast it using my phone,” he said.

It worked but holding the phone while teaching a class was not practical.

His inventor’s mind then went to work.

He immediately set out to design a stand he, and teachers across the world, could use.

“I started to conceptualize the ideal stand for my phone and what direction I would like the camera to change to,” Brandon explained.

“That is when the SideVia was born.”

He came up with two versions.

The SideVia works with mobile phones, folds flat for portability and stows away easily.

The SideVia Pro is for fixed use and works with tablets and phones, and features a built in LED light to ensure a well lit work area.

He also created a patented optical lens specifically cut for the SideVia. The lens corrects the workspace image, ensuring the proper framing of visuals.

The SideVia’s simplicity is its genius.

It is also light and simple so children can easily set it up and use it for online classes.

University lecturers could easily use the device in large theaters and piano, guitar and other instructors have also been stunned with how SideVia add an extra visual dimension to their online classes.

How does it work?

Students and teachers use their regular laptop or desktop webcam for face-to-face communication, then sign into the same online meeting with their phone or tablet and position the device on the SideVia or the SideVia Pro for a constant document camera during virtual classes.

Check out the video: